Many events marked the Academic Year of the District Institute of Education and Training (DIET), Thadlaskein for 2015-16. First on the line was the annual admission to the two year Diploma in Elementary Education Course. Screening of the applications was done in the last two weeks of January 2015. Out of a total number of 152 applicants, 113 were shortlisted to appear for the counseling which was held on the 4th, 5th and 6th of February, 2015. Altogether 104 candidates appeared for the counseling, out of which 82 of them were considered for admissions leaving a shortfall of 18 considering that the intake capacity of the DIET is 100. This was due to the fact that some candidates who appeared for the counseling were second year graduate students. They were counseled to first complete their graduation and then to reapply again for the D. El. Ed. Course the following year. Block-wise allotment of the seats quota of the institute was done in direct proportion to the number of elementary schools in the respective block based on the DISE data of 2014-15.

The DIET Week for the year 2015 was conducted for the 25th May to the 1st June 2015. The DIET Week was a special time for the trainees of both the 1st Year and 2nd Year to get acquainted with each other and work together for the benefit of the DIET. It also was the time for the trainees to utilize the opportunities that the DIET Week offers to sharpen their skills and talents in the varied co-curricular activities ranging from sports, singing, dancing, entertaining, personality development, artistic expression etc. A Cleaning Drive and Tree Plantation Programme preceded the DIET Week. The cleaning drive culminated in an oath taking ceremony. The Social Forestry, Forest Department donated the saplings for the tree plantation programme. This was followed immediately by the DIET Week in which the following activities were conducted:-

This year a Pre-independence Flag Hoisting Ceremony was held in the DIET, Thadlaskein on the afternoon of the 14th of August, 2015. The tri-colour was hoisted by the principal of the DIET in the presence of the Academic and Non-academic faculty of the DIET along with the Principal, BTC and his teaching and non-teaching staff together with the teacher-trainees and the teachers and students of the BTC Practising School and the DIET SSA UP School. This was followed by the march past by the teacher-trainees and students of the two schools. A speech by the DIET Principal along with patriotic and devotional songs were also presented/performed in the occasion.

In the months of September and October, 2015, the DIET facilitated the holding of Workshops in connection with the ‘New Education Policy 2015’. On 23rd September, 2015, a preliminary one day Workshop was held in the Training Hall of the DIET to orientate and familiarize various stakeholders of the endeavour i.e. Principals/Headmasters of Colleges/Schools, BMCs, CRCs and selected teachers to carry out similar Workshops at the Block and Cluster levels. A second concluding Workshop was held in the DIET on the 15th of October, 2015 to consolidate and finalize the recommendations forthcoming from the workshops at all levels to be sent to the DERT, Shillong. All the faculty members took active part in these Workshops.

Also in the month of October, the Academic Faculty of the DIET also facilitated as Resource Persons in 2 NIOS centres in the district. The two centres where the lecturers of the institute conducted academic sessions for the D. El. Ed. students-teachers were Church of God Higher Secondary, Ummulong and Krist Syiem Secondary School, Namdong, West Jaintia Hills District.

The final examinations of the teacher-trainees were held on the 20th November, to the 8th December, 2015. To the credit of the PSTE branch, the examinations as was in the other years went off smoothly and likewise the 2nd year teacher-trainees also performed well as evident from the results which recorded 98 percent success with 33 trainees passing in the 1stdivision, 41 in the second and 4 in the third division. There was 1 failure.

To conclude I would like to place in record my appreciation and gratitude to both the Academic and Ministerial staff of the DIET who have worked tirelessly throughout the year performing their individual roles to the best of their ability to make the year 2015-16 a satisfactory one. Words of gratitude also goes to the Principal and Instructors of Basic Training Centre, Thadlaskein who also provided valuable inputs to the Academic endeavour of the institute throughout the year. This booklet contains the activities and programmes conducted by the faculty during the year.

The Training Programme On School Inspection and Supervision for Heads of Schools, BRP’s and CRP's of Jaintia Hills District

Target Group: 59 Heads of Schools, 15 BRP’s &CRP’s from all the blocks of Jaintia Hills Districts.

It has been observed that in most parts of the country particularly in Jaintia Hills Districts, the process of Supervision and Inspection functions more in an authoritarian way, i.e. directing, instructing and bossing over the personnel immediately responsible for doing work. The supervisors consider improvement of teaching – learning as their remote responsibility of controlling people and issuing the higher authoritative directives. There are few direct contacts of the schools with the supervisors and even between the heads and the teachers. Less effort is made to control and modify teachers’ behaviour introducing any effective system of reward and punishment. Over the years the concept has undergone much change theoretically, however, the newer development have not been uniformly translated into practice. As a result of this the Planning and Management branch of D.I.E.T. Thadlaskein has designed specific training modules based on the local requirements specific to the district of Jaintia Hills

The programme-covered areas identified by the P and M Branch specific to the district’s requirements.These areas were as follows:

There are also sub-themes like – Principles of Good Inspection, Defects in the present Supervision and Inspection, and Suggestion for removing defects of supervisory practices and Efforts for improvement of Inspection in India. Flander’s Interactional Analysis, Supervision of class work given to students by teachers, Supervision of Assignment given to teachers by the Principal of the institute.

Instructional methodology was based on lecture discussions, case studies, practical exercises, and group discussions.The Resource Persons involved in the entire Programme are-

Apart from the above positive feedback from the participants they are also of the opinion that the duration of the training is too short. And in order to translate the theoretical concept of Supervision and Inspection into practice a follow-up programme is of immediate need to monitor the effectiveness and efficiency of this training programme. Based on this fact, the Planning and Management Branch has proposed a follow-up programme to monitor the effectiveness of this programme on those schools who have attended the training programme and also the Planning and Management Branch has proposed for similar other programmes with an increasing budget to serve the purpose of the schools and the communities in the district. 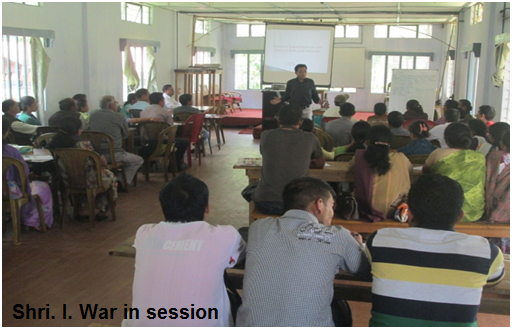 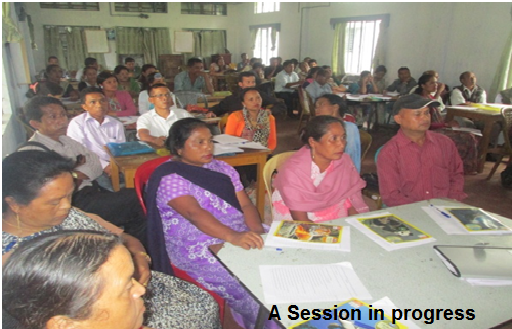 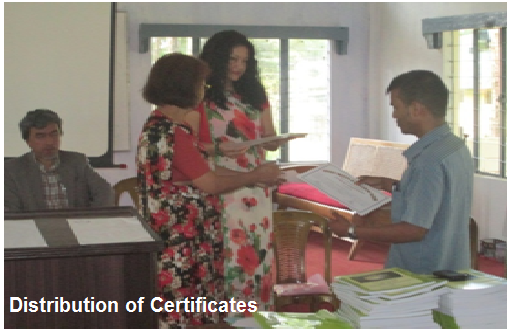 At Present there is no content available for this page, once content will be available would be updated.